What is, and what makes the Futurity competition different from other competitions is that this competition is not between owners and/or handlers, but between those Breeders of the West Highland White Terrier who put their heart and soul and dreams of the future into the planning of a breeding program. It is the dream of the breeder to watch a breeding plan come to fruition and then place it into a showcase for others to see. Entering a Futurity displays the years of hard work and dedication as a breeder of the West Highland White Terrier and to the ultimate betterment of the breed itself and to the mission of breeding the perfect Westie! Breeders who enter the Futurity Stakes show confidence in their breeding programs, their breeding knowledge and the quality of their dogs.

This process for breeders and nomination begins either while the bitch is in whelp or during the first 45 days of the puppies life. This is why the Futurity is so important and so prestigious.

The next step during this process is to nominate the individual puppies from the litter PRIOR to them becoming 6 months of age. Not all pups need to be nominated; only the puppies deemed special from the nominate litter. This cost is 25.00 per puppy. 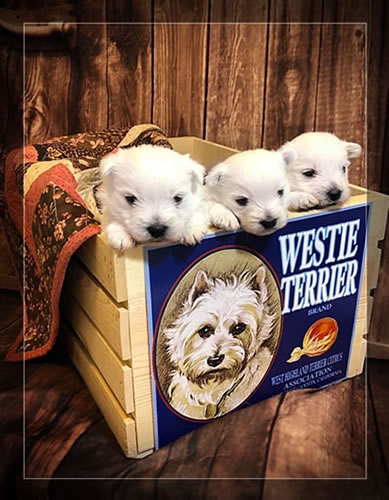 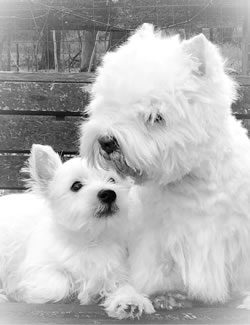 HAVE YOU REGISTERED YOUR LITTER??

This is the event that lets us show our pride in our breeding programs and gives others the opportunity to see our results. Show your pride and enter your litters. Last year many members forgot to register their litters and missed the opportunity to participate in this very special event!!

Register Now! It is never too soon to be planning ahead and remembering this important part of our annual specialty!

There is a Best in Futurity and a Best of Opposite Futurity.

As in all Dog Shows there is a cost for the entry that is Superintendent based, which is spelled out on the premium list for the show.

The Stakes are high in the Futurity. The monies that are accumulated in the entries is considerable and is distributed to the class winners and to the Best in Futurity. In the past Best in Futurity has been awarded over 1000 dollars !! This award is both a reward of high privilege, honor and prize. The prize goes to the breeder of the Westie.

The Futurity Stakes will be open only to puppies from litters nominated and bred by members of the West Highland White Terrier Club of America, or members of the WHWTCA recognized regional clubs, co-owners included.

It is noted that bitches may be bred to multiple sires. The process still is the same, however the initial nomination must list both possible sires, with both AKC numbers. Once the puppy is entered individually, the futurity entry must be accompanied the sire’s name and AKC number.

We encourage all breeders to enter. Typically the Futurity/Maturity Stakes is scheduled back to back with Sweepstakes! Make a day of it, showcase your pups and your breeding program!!

These classes are exactly the same as the WHWTCA Sweepstakes. 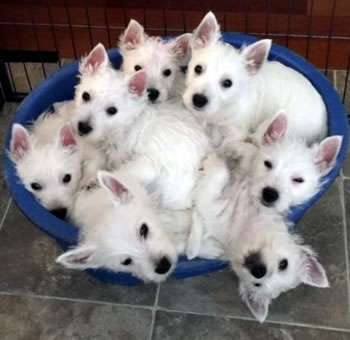